Alert: this is an alert

Update 6/8: Here's a video of the parade experience:

PORTLAND, Ore.—As part of each year’s Portland Rose Festival, CareOregon’s staff, members and partner nonprofits light up the sky with a Starlight Parade float. This year, they’ll also light up the faces of students at James John School in North Portland, by donating the playground equipment that will first appear on the float.

Being outside, moving and learning that exercise is fun is key to future health. Children who get daily physical exercise are less likely to succumb to the current epidemic in childhood obesity, diabetes and other related health issues.

“The James John community has been working hard to replace the playground structure on our Kindergarten-Second Grade playground ever since it was removed for safety reasons last year,” said Mason Marsh, the school’s PTA president.

“Children who are more active are better able to focus their attention, are quicker to perform simple tasks, and have better working memories and problem-solving skills than less-active children,” said Principal Samantha Ragasis. “By having a structure that our students can climb, pull, push and run on/under and around with would add to their body benefit. With what we have right now, the mind and body stimulation that the students have available is extremely limited as compared to what they could have.”

“Playground equipment is incredibly expensive, as are the costs associated with preparing the site and installing the new structures,” said Marsh. “This incredible donation by CareOregon is going to help us ensure that our awesome kids have safe and engaging recess activities so they can perform better in the classroom.” 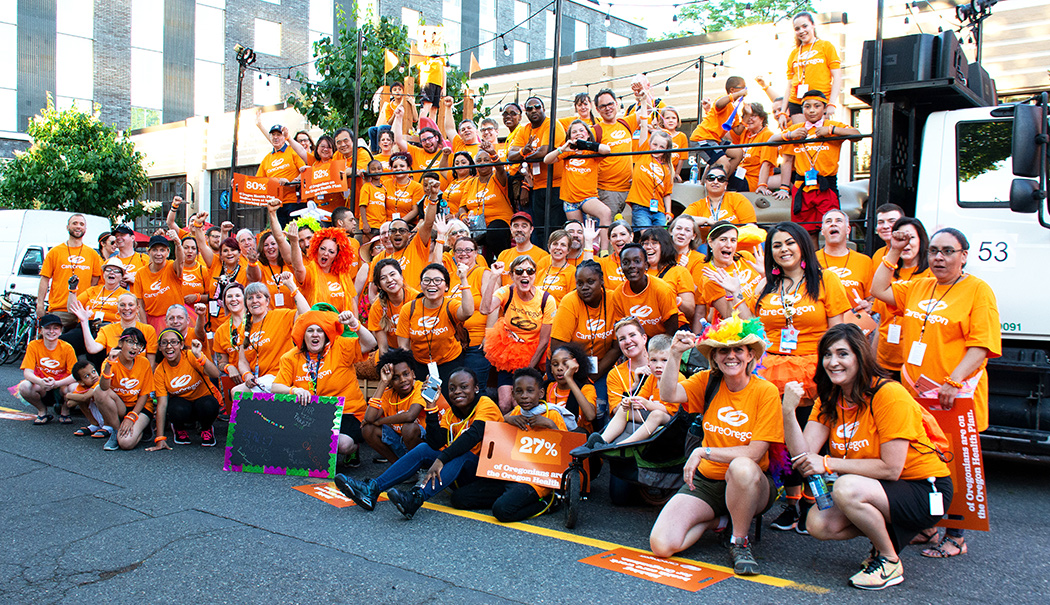 “Every year, the parade has been an opportunity for staff, members and friends to come face-to-face with other members,” says Pedrojetti. “We often hear from CareOregon members who have had life-changing health care; there is always a lot of love in the air. This year representatives will join our staff from our Community Advisory Board, Housecall Providers, Street Roots, Central City Concern Transition Projects and Outside In. We’re also hoping a few folks from James John School can come, too.”

The CareOregon float design will feature a real playground on a 24-foot flatbed truck. Its theme is: “Never stop moving.”

“This has a special community feel and aligns with our mission and vision, both in terms of healthy activity and giving back,” says Pedrojetti. “CareOregon is excited to share the commercial playground equipment on the float with James John School.”

“We’ve learned this year that the lack of a suitable playground makes for frustrated kids overflowing with pent-up energy,” said Marsh. “Not only will our younger students benefit from this playground, but the larger St. Johns community will be able to enjoy it for years to come. Thanks, CareOregon, for making our quest for a wonderful playground a reality.”

The equipment will be installed in September 2018.

Watch a video from KPTV-12 on this story:
http://www.kptv.com/clip/14394696/special-starlight-parade-float-features-playground-to-be-donated-to-james-john-school